It was interesting to see the presentations of the Central East European countries of Slovenia, Slovakia, Poland and Czech Republic,   with in focus the economy and business development. These countries have identified themselves as a unique group growing faster towards West Europe, rather than the other South-East European countries (Bulgaria, Rumania) or the Balkan Region countries.  They offered real well developed competitive advantages such as highly developed nanotechnology (Czech Republic) or automotive sector (Slovakia) or R&D research in general (Slovenia). In terms of fiscal policies and other incentives for foreign businesses they came as a package of tax reliefs and incentives, concentrating their integrated offers to make the whole region attractive to high standard investors such as those coming from Western Europe. 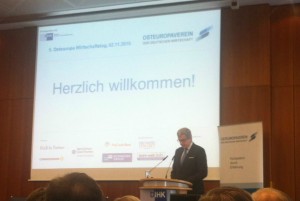 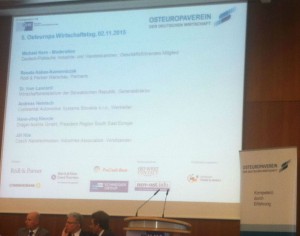 German and Austrian sustainable businesses, which had already invested in these countries, showed their success stories with associated SWOT analyses and demonstrated assurance that they will continue to remain and continue to invest in these markets. 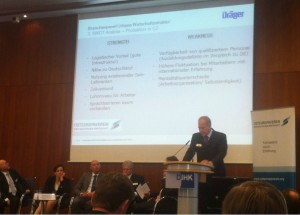